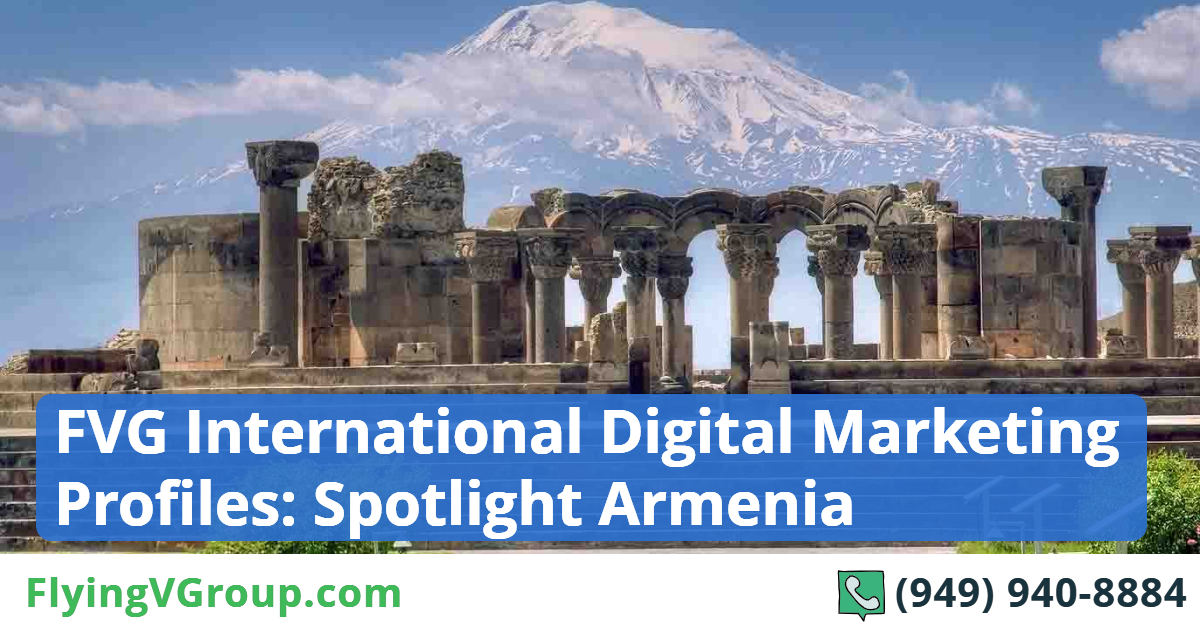 Robb Fahrion is a Co-Founder and Partner of Flying V Group. He is passionate about helping businesses grow using the power of the internet. Robb graduated from Chapman University in Orange, CA and currently resides in Costa Mesa, CA. Robb enjoys writing about digital marketing, helping his clients turn their dreams into reality, and he is a HUGE Mike Trout fan.


Armenia is a very dynamic post-Soviet economy with consistently high GDP growth and great connectivity thanks to its relatively small size. In the period between 2001 and 2019, Armenia’s economy grew from $2.12 Billion to $13.67 billion. This is the result of years of liberalization after the USSR era.

Armenia is a small country with a population of 2.97 million people. The internet penetration stands at 68% with over 2 million internet users. A total of 1.9 million Armenians have an account on a social media platform, with 1.8 million or 61.3% of the population having a Facebook account, making Facebook the top media platform.

Though it is an Asian country, Armenia has strong cultural and political connections with Europe. This makes it less of a challenge for brands to adapt to the Armenian environment.

A favorable environment, high internet penetration, and steady growth mean Armenia has opportunities to offer. But, despite all this, there are several key factors to look out for to succeed in your digital marketing campaign in Armenia. Here are a few of the top challenges.

If you are planning to run a campaign in Armenia, localizing the content is a top priority. According to the latest available census data, only 3.6% of Armenians speak English. The fluency is generally low, though the younger population has a basic grasp of the language. Russian was taught in schools till 1991 as Armenia was a part of the USSR, which means that the population above 35 years of age is universally familiar with Russian. Armenian is the official language as well as the first language of almost all the population, with Russian coming in second.

If you have ad campaigns that have been prepared for Russia or the Commonwealth of Independent States (CIS), you can run them almost as-is, especially if you are targeting the 35+ age group. Localizing the content is still advisable to take into account the local cultural sensitivities. Your English-language ads are not likely to do well in Armenia as there is a very small English-speaking population.

Many brands and organizations use Facebook for their ad campaigns and general outreach. Most Armenians have a Facebook account and they are active users of the platform too. Most of the content is in Armenian, however. So, if you are planning to post content or run ads, you will have to have the content translated. While Russian works, it is better to use Armenian as it is universally spoken by the culturally homogenous population of Armenia.

Compared to western markets, CPC is relatively low in Armenia–52% lower than the USA on average. Brands can hence rely on search campaigns to sustainably generate leads for them. If you are looking to run campaigns in Armenia, having a strong result-oriented approach is key.

Because of the low CPC, the cost of acquiring the lead remains low, and if you are able to optimize your campaigns over time, you will generate more leads at lower marginal costs. Low CPC also allows you to run longer campaigns, and hence gets you more exposure. Good internet penetration guarantees a good number of searches. The catch is again to localize your ad copy, keywords, and the landing pages too.

Whenever you plan on running campaigns in a different country, it is important to take cultural sensitivity into account. This will give your campaign a good chance of success and also make sure that you are not triggering any sensitive areas.

Armenia is an Asian country. However, it has a majority Christian population and was under Russian (then Soviet) influence for nearly two centuries. While norms and cultural values are a bit more conservative, they’re more closely aligned with Eastern Europe than the Middle East.

This gives you the opportunity to work with themes and issues that “work” in other geographies that have similar cultural identities.  Many campaigns you run in Eastern Europe can be plugged in and played after basic localization.

This will give you a good starting point to begin your outreach in Armenia. Once you have an understanding of what works and what doesn’t, you can further optimize the campaign to achieve the desired results.

Aim for the Diaspora

Due to its recent history, more Armenians live outside the country than inside. In fact, the percentage of Armenians living outside Armenia is one of the highest in the world across all countries. The Armenian diaspora is closely integrated with the country today; remittances are one of the biggest contributors to Armenia’s GDP. Many of these communities, especially in the US and Russia, have significantly higher levels of disposable income.

It is therefore a good idea to target the diaspora too.  If you’re already in Armenia, along with countries where there’s a large diaspora, you’ll want to “re-localize” Armenian language content and promotions into English/Russian/Arabic and then target diaspora audiences.

Targeting the diaspora along with the audience living in the country gives you a larger audience to work with, as well as an audience with higher disposable income.

Armenia is a growing economy with immense potential and an educated population tuned into Eastern European markets. The country’s economic growth is also steady and has a lot of space to grow. These favorable conditions make Armenia a solid destination for your business.

Search and social media work very well in Armenia, but the content will have to be localized to Armenian or Russian to reach the audience. Targeting the Armenian diaspora living outside the country is also a great idea to expand the scope of your campaigns.

Savvy brands will leverage expert digital marketing agencies to localize content, focus on Facebook, and cost-effectively retarget their existing material for Russia/CIS. Armenia is a good target for your products, and digital marketing can get you the right results.

If you are looking for support in accessing Armenia through digital marketing, FVG brings in years of expertise working with brands in various countries across the globe. We’re closely integrated with local markets in the country. Reach out to us to begin your outreach in Armenia.

Thank you so much for reading FVG International Digital Marketing Profiles: Spotlight Armenia . We really appreciate it! If you have any questions about our article, or can suggest any other topics you think we should explore, feel free to let us know.

← Prev: How To Leverage Q&A Sites for Increased Traffic and Conversions 4 LinkedIn Automation Tools That Can Get You Banned on LinkedIn (Bonus: The Best Alternative Approach) → 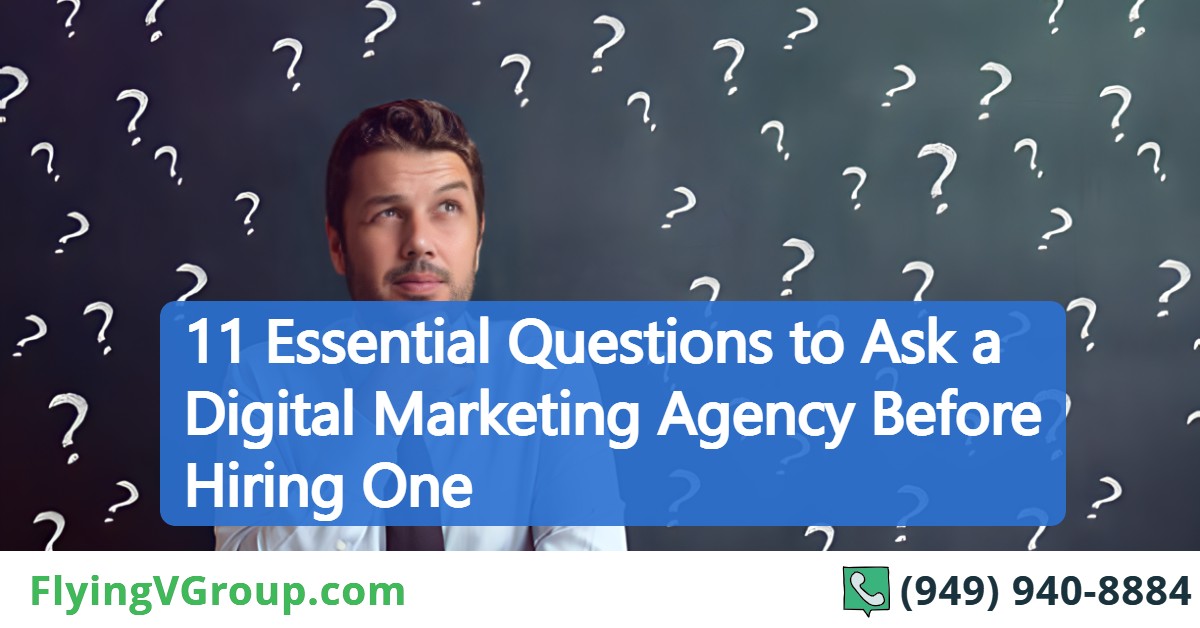 Reading Time: 36 minutes We’ve provided a curated list of questions to ask a digital marketing agency to help you find the perfect one for your needs. 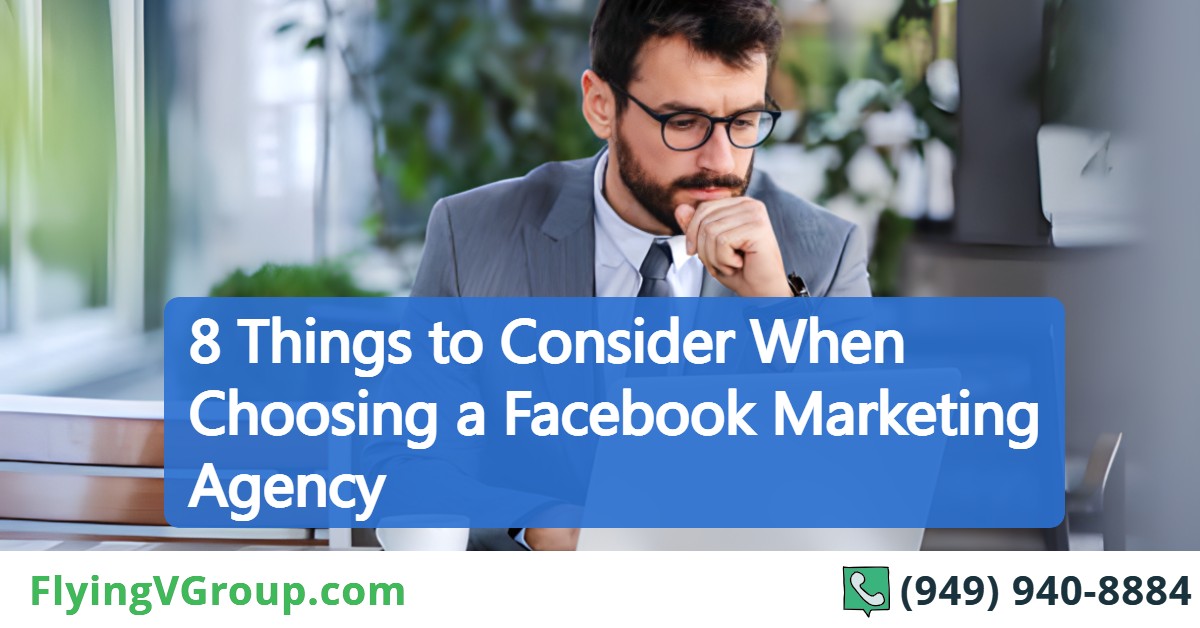 8 Things to Consider When Choosing a Facebook Marketing Agency

Reading Time: 10 minutes Which Facebook marketing agency is right for you? That answer lies in knowing which factors matter most and ensuring your chosen agency excels at them. 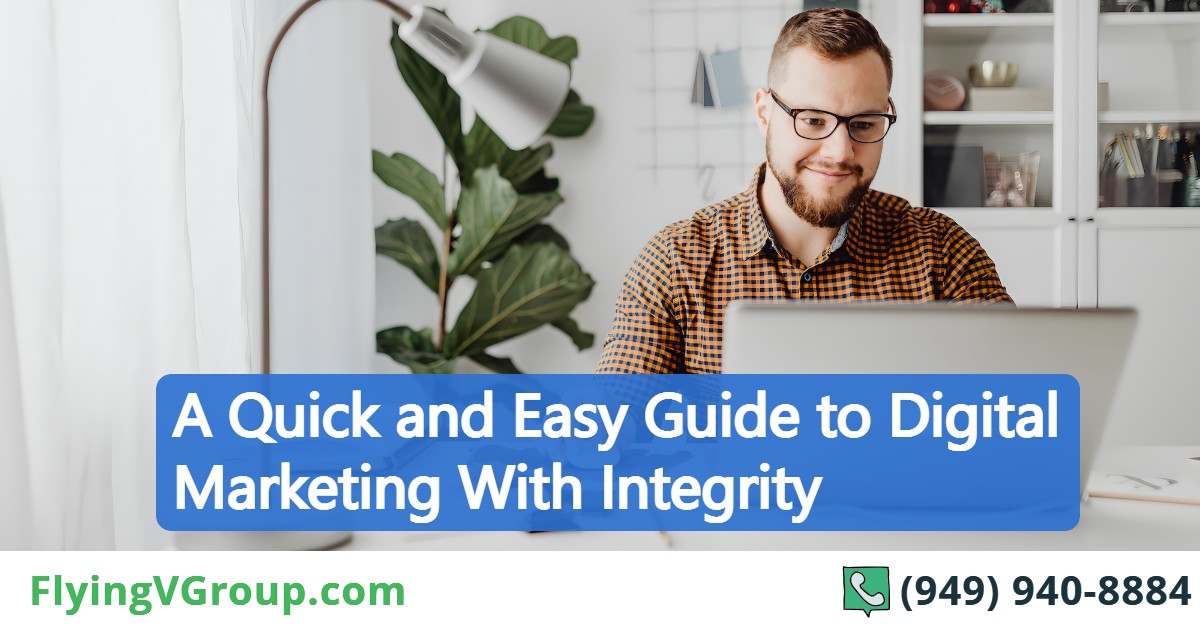 A Quick and Easy Guide to Digital Marketing With Integrity

Reading Time: 4 minutes How can you ensure that your marketing efforts are both ethical and effective? Marketing with integrity is key.

Reach out to us today to experience white-glove, concierge
service that outperforms your best expectations.