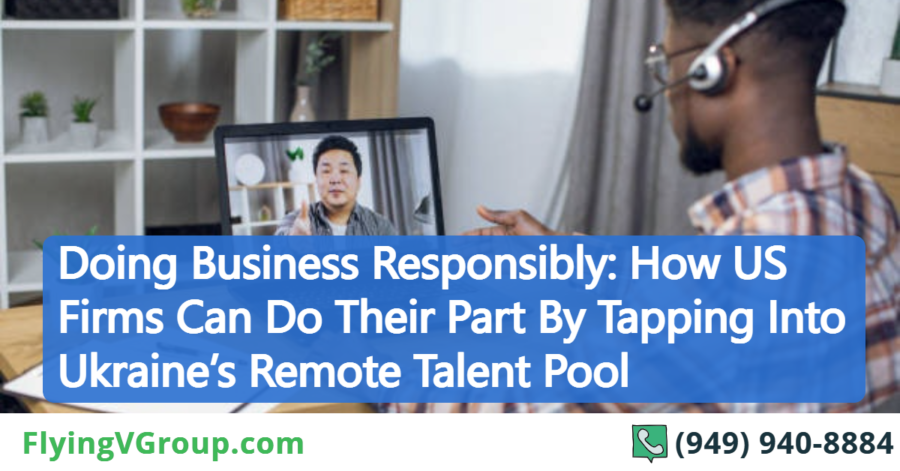 On February 24th the world was struck by devastating news: war, war on Ukraine. It almost felt like yet another piece of fake news, but in reality, it was a call to arms enacted by the aggressor, Russia.

In the background of the past month’s horrific events, thousands of highly skilled and educated Ukrainian workers are searching for any options to maintain stability and ensure that their families are provided for.

This leads to opportunities for American businesses to capitalize as they could tap into the remote Ukrainian talent pool, while simultaneously fulfilling their humanitarian obligations and allowing affected citizens to overcome such a crisis. A strong case can also be made for going the extra mile and trying to recruit Russians, who are escaping the economic uncertainty and repressions. Both groups could potentially contribute and solve challenges that the businesses here have to face daily.

The ongoing war is clearly causing major economic damage. Ukraine’s voiced the need to rebuild multiple cities after the conflict, and Russian citizens are enduring severe costs due to sanctions. In this climate, both the Ukrainian Hryvnia and the Russian Ruble have destabilized. Workers in both countries are searching for opportunities to bring in a consistent inflow of stable American dollars from international clients. This presents opportunities for US businesses and can save considerable amounts of money as pricing for the same jobs in America is drastically higher, compared to both Russia and Ukraine. If we take a look at average salaries in the three countries, the average American worker receives about $4,553 per month, while in Ukraine and Russia an average salary of $500-550 is the norm.

This scenario becomes especially beneficial when one starts to consider in-demand positions in areas like IT, security, and digital marketing. IT-developers. For instance, an Entry-Level Python developer in the US receives about $65,000 per year (or $30.7 per hour), while freelance Ukrainian and Russian talent can be hired at a fraction of that cost ($3 or $4 per hour) with practically the same level of expertise.

Although the Russian work ethic is sometimes perceived as being more laid back, nowadays the situation has changed drastically with the majority of Russians, especially the youth, looking towards western styles of management and values. The Ukrainians, on the other hand, have long had a very healthy relationship with work, being described as both creative out-of-the-box thinkers and a result-oriented crowd. This allows businesses to hire strongly motivated personnel that will be highly interested in working with American companies and driven to deliver tangible results.

Culture also plays a big part. Ukraine is on its way to becoming a democratic and individualistic country, with West-aligned values. In comparison to Latin America or Asia, this often allows for easier integration of Ukrainian talent, and better adherence to timeframes and deliverable commitments. Time zones are another factor to consider. With remote business opportunities growing rapidly post-COVID, many US businesses now have a presence in global markets. Eastern European employees could stand in for American teams when they are out of office hours, making it possible to minimize communication delays with global clients.

Both Russia and Ukraine are parts of the USSR. The Iron Curtain meant that foreign, Anglophone businesses had next to no presence in either market until the mid-1990s or later. This also disincentivized people to study English and other foreign languages. However, over the past two decades, we’ve seen a huge shift, with hundreds of thousands of English language learners in both countries, with English language institutes popping up everywhere, from Lviv to Vladivostok. This means that there are thousands of Russians and Ukrainians whose English is at a C1 level or higher. That comes in handy when you’re talking about hiring talent for client-facing roles, like a virtual receptionist, or creating content in English where cost efficiency will play a decisive factor

Combine that with all that was mentioned above, and the result is an employee:

As the Ukrainian economy will slowly bounce back after the war, a rightful argument can be made for American businesses to work both inside the country and remotely with the Ukrainian diaspora. A constant flow of financial support from the US and the EU can help to mitigate the damage. US businesses can do their part and benefit from hiring cost-effective yet skilled talent. Just as with Ukrainians, Russian youth now look towards the West to search for a job, while actively ensuring they will be paid in a stable currency.

While it is true that there is quite a bit of anti-Russian sentiment at the moment, it is important to remember that one can’t choose a leader in a dictatorship. Supporting young, talented Russians could be a great way for US businesses to do their part, by facilitating “brain drain,” and drawing the best and brightest beyond the reach of the regime. Both Russia and Ukraine have similarly difficult and rich histories, filled to the brim with conflict and friendship. At the end of the day, it’s important for US business owners to see these people as individuals, build bridges, and facilitate collaboration. Working together is a surefire path towards peace.

Thank you so much for reading Doing Business Responsibly: How US Firms Can Do Their Part By Tapping Into Ukraine’s Remote Talent Pool . We really appreciate it! If you have any questions about our article, or can suggest any other topics you think we should explore, feel free to let us know. 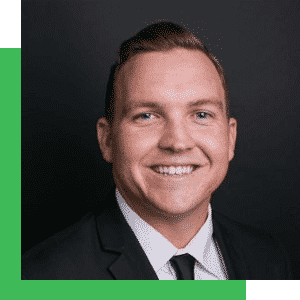